“…. (Los Angeles-based vice president Perry Lafferty had) risen through the ranks at CBS on a straightforward philosophy: Series concepts should be as simple as a paper clip, ‘a bit of wire adroitly twisted into useful form,’ but capable of infinite variations….”

Armstrong, Jennifer Keishin. Mary and Lou and Rhoda and Ted: And All the Brilliant Minds Who Made The Mary Tyler Moore Show a Classic. New York: Simon and Schuster, 2013. Print. p. 39. 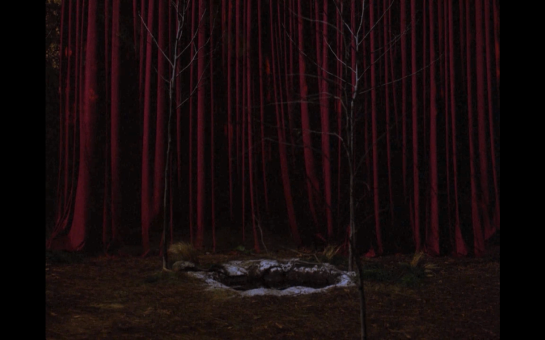 “…. (Tyler) Perry has been quite direct in conveying his desire to move beyond Madea…. Behind Perry’s increasingly thinner Madea disguise, the wig, big glasses and movable breast parts, Perry’s fatigue is obvious in the harshness underlining his performance (in Madea’s Big Happy Family)…. Previously, in a 2009 Associated Press interview (above), Perry shared his fatigue with continuing the defining character of the Tyler Perry brand saying that he would love to see ‘Madea die a slow death in the next film’:

but as long as people want to see it, I’ll keep her around. She’s fun to watch but to do, it’s a nightmare…. [the fans] dictate what happens next really, so as long as they want to see her, she’ll stay around… but if they ever stop coming she is going to die a quick death. Madea’s funeral, that’s what you look forward to.

Because he has gained a significant level of representational power through selling made successfully and can represent at will, the imagery Perry projects of African American culture is no mere laughing matter.”

“Foucault, in ‘A Preface to Transgression’ (1963) defines transgression… as the crossing of a boundary–a going further–but argued that this then set up a new boundary which was in its turn to be transgressed. What you then have is a transgressive spiral which at least in theory is interminable. From that point of view, transgression can define no final goal, and there can never be any final mastery; it is rather a process of continuously shifting boundaries…. As Jeffrey Weeks has said, transgression may be the cutting edge, but it is continually cutting itself away, undermining itself….”

“…. In 1964 the first film made for television, The Killers, was released theatrically instead. Especially after the Kennedy assassination, the film was considered simply too violent for television. This was also the year the first network television showing of Psycho (1960) had to be canceled for the same reasons. The demands of ‘prudence’ held sway in both these instances, they also serve to point out that television, not the movie theater, was now the domain of prudence. The movie theater had become something else.

“The Killers is important both because it was made for TV and also because it ended up playing in theaters first. The onset of television movies–movies that were explicitly made for the small screen–necessitated a change in our attitudes toward what we considered different about theatrical movies. By force of circumstances, The Killers inadvertently pointed the way since denial of a television broadcast said in effect the difference was censorship. Psycho had already extended the boundaries for graphic violence four years before, so its unfitness for television made clear that movie theaters were the appropriate venue for such explicitness. Appropriately, the denial of its television showing immediately led to a full-scale rerelease of the Hitchcock film. Throughout the 1960s, graphicness came to be associated with theatrical features.

“Gross-out films represent the most extreme development of this change because they embrace, as their grossness implies, explicitness as part of their aesthetic….”

“‘The waist is one of the distinguishing human features, such as speech, making tools and a sense of humor.'” (Quoting evolutionary psychologist Devendra Singh, p. 29)

“(The Balzi Rossi figurine) has a waist. Since no other animal in nature has a waist, one could say that it distinguishes humans from animals…. Formally speaking, the waist lends to the shape of the human body its dynamic asymmetry. It permits the body to be seen not as a single block but as a balanced arrangement of different blocks–the flat broad plain of the chest or the globes of breasts and the triangle between them are in a certain relation of symmetry or asymmetry with the oval of the stomach or the sturdy rectangle of a muscular torso…. The vital, mobile beauty of Greek statues, compared to Egyptian ones, depends in part on the way the Greek pose breaks the straight-on symmetry of the body, and turns it into a moving architecture of thrusts and counter thrusts, concavities and convexities, which multiply the curves that the waist initiates.” (p. 23)

“In 1997, NBC canceled the sitcom ‘The Single Guy’ after two seasons; it had an audience of 20.1 million people. This month, NBC is on the verge of renewing ‘Parks and Recreation,’ which has an audience of 2.5 million, which tells you everything you need to know about the dwindling viewership for network TV….”

First off, I feel I should mention there are many interesting parts to this piece that are specifically about Rhimes; I don’t mean to slight her. But I’m often pulling these kinds of quotes since they’re such a consistent trope in the stories we tell ourselves about the state of network television today, contrasts in the numbers of middling old shows to contemporary “quality” shows.

In the process of pulling the quote, I also started to think about how we talk about network television in general today. Effectively, it can do no right. It’s our punching bag. Maybe it’s just a consequence of the giants’ fall, but I’m not quite sure it’s accurate. I have a feeling we’re blinding ourselves to some of the successes that the networks may still be experiencing, including the work of Rhimes.

Lastly, a friend mentioned the effects of the post-network era, and I was reminded of how inadequate I find that term. I know the reference is the broadcast network infrastructure, but if anything, this era is defined by an extension of networks, different kinds of networks, so the moment seems to be less post-network than super-network. I realize that the way we use “convergence” pretty much covers that concept, but the super prefix reminds me of its foundations in Kinder’s supersystem. I also like being reminded that what we’re dealing with here is the changing and not the erasing of networks, and that survival comes not in shedding networks but in in figuring out how to connect with new and different ones.

“(Buffy the Vampire Slayer‘s) pop culture nostalgia, co-mingling of genres,… and self-aware dialogue demand that viewers engage their knowledge of other texts…. This type of text prepares viewers to anticipate fluidity in their interactions with the media. When these TV and filmic intertextual moments are coupled with viewers’ experience on the Internet, they can make sense of (Sarah Michelle) Gellar‘s and other teen television stars’ movements across media through the analogy of linking. Just as a website is set up with links to other pages, Gellar’s primary star image and character, Buffy Summers, is now linked to other media texts and characters through her films, games, products, fan sites, and publicity materials….

“Star linking also contributes to a leveling of the traditional hierarchy of entertainment media that posits film as the pinnacle of an actor’s career. Traditionally, an actor or actress would either begin his or her career in television and eventually leave it when he or she found success in film…. (Millennial television teen actors) tend to use film as a way to expand their audiences and their career potential, yet they remain committed to the medium in which they first attained stardom….”

jonescene
Create a free website or blog at WordPress.com.