Text below: “Everyone’s favorite spud isn’t lounging on the couch anymore: Mr. Potato Head has slimmed down significantly for the launch of a new Active Adventures toy line coming out this August. If the tater were 5 foot 10 in real life, he would have dropped 22 inches off his waistline–all the better for fitting into his first ever pair of pants.” From FOOD NETWORK MAGAZINE, July/August 2011, p. 42

Also check out article from February 2011 GLAMOUR on Mrs. Potato Head’s weight loss, as well as the slimming of several other popular toys.
http://www.glamour.com/health-fitness/blogs/vitamin-g/2011/02/the-new-thinner… 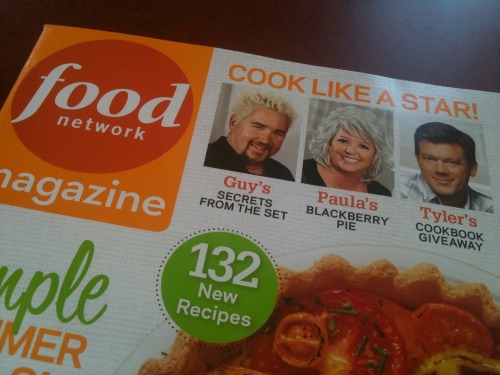 wind up watching SEX & THE CITY reruns in syndication on basic cable? There’s no especially good reason for me to watch them. I have the big pink box set, and the reruns are edited all to hell. But it doesn’t matter: anytime I run across one I wind up watching it. The most sense I can make of it is that with these reruns there’s an element of chance that makes watching them irresistable, and if the episodes are out of order I get to see them in a new light. And it even becomes a game to pay attention to the editing, to try to figure out what’s been left out and how it fits in to what’s left. Although I could do without all the editing, the SATC rerun experience does make me realize I’d probably be happy with an endless, out of order SATC channel, even if I couldn’t control it, just to have the opportunity to keep watching the episodes in a different light snd making even more different meanings out of them.

is the best description of New York City in a nutshell I’ve ever seen. And the dream sequence in the subway’s brilliant. Every week with this show is a revelation.

In honor of turning twenty, the Independent Television Service is launching the ITVS Indies Showcase, a free online film festival featuring a succession of 20 unforgettable documentaries starting this week on July 25th and running to September 23rd.

is the episode 8 kick-off with Terence Trent D’Arby.

And why is there no better transfer of this video available anywhere else on the web?

Postscript: The episode also finished out with George Michael’s “Father Figure” so either this episode was a tribute to 1988 or the music department is running out of funds.

Along with the NPR series mentioned below, I’ve noticed a couple of other food-related websites popping up on news sites around the web. CNN‘s Eatocracy and PBS‘s PBS Food both seem to be trying to appeal to foodie experiences, perhaps trying to hone in on some of Food Network‘s traffic. Conversely Food Network tweeted today about its own new blog Healthy Eats, and Utne Reader started a series on food and political issues last year that seems to have changed its name from Food Fight to The Sweet Pursuit.

A friend shared a new NPR series, “Living Large: Obesity in America”, that looks like it will be running over the next few months on the station’s news shows and website. This video is a part of the second entry in the series, “Mississippi Losing the War with Obesity”.

Before watching I was pleased to note the collaboration between NPR and OXFORD AMERICAN, a thoughtful publication on Southern culture. However, after reviewing the overall entry, my assessment is that it adds very little new or unique insights on conditions of corpulence in the US generally or the South specifically. As usual, the pieces in the series so far and in this particular entry point the finger at individual decisions without carefully considering larger systemic issues involved. For example, note the focus right from the start on food choices like fried chicken, although the audio story does include more consideration for costs of and limited options in groceries. I’m also bothered by the conventional argument about reduced activity as a cause, especially considering that the example of increased activity from the past involves using the narrative of an elderly, apparently impoverished black woman whose former sharecropping work involved slave-like conditions picking cotton. Is this to suggest that such work would be preferable if it kept people smaller? Another problematic example to me is the crowded elementary school buses in Holmes County. The administrator notes that he and his colleagues realized that the problem was that students were so big they could only fit two to a seat, instead of the three for which they had originally accounted. My question is why would students be expected to ride three to a seat? In my many many years riding school buses in the Midwest and the South I never recall being expected to ride three to a seat, even as a teeny tiny first grader. To me, this suggests that the bigger problem is funding, that students are expected to crowd onto the buses in a different way that is perhaps just as alarming. Ultimately, as with so much other coverage I run across on a daily basis, I would rather have an insightful analysis into the larger economic and political issues that cause Americans to have to eat food that is poorly made for them. When the most affordable options–even those that appear the most salutary–are loaded with engineered trans fats and corn by-products, and the healthiest food available is too expensive, what choice do you really have? You essentially have no good options, and those kinds of choices are the ones that lead to a variety of health problems, not just the ones that seem most visible to us through body size today.

“You can’t be fat and mean, Andrea…. If you’re gonna dish it out, you gotta be able to lick it up. Fat people are jolly for a reason. Fat repels people, but joy attracts them. Now I know everyone’s laughing at your cruel jokes but nobody’s inviting you to the prom. So you can either be fat and jolly, or a skinny bitch. It’s up to you.”

jonescene
Create a free website or blog at WordPress.com.